The Townsville Banner Dress was made with the assistance of a RADF grant early in 2016.

​Christina Papadimitriou and Claudia Williams ran a wearable art workshop and worked with students to create the piece. It was such a success that it was chosen as the ‘finale’ piece at the Townsville Fashion Festival’s Runway event in May last year.

​Since then, Claudia and Christina have been interviewed by Caro and Kingi from The Block, had the dress in the newspaper and on TV and various social media platforms, and it has been a case study for Arts Queensland.

Wearable Art Townsville was inspired by the remarkable feedback received from the Townsville Banner Dress and the emerging success of Wearable Art as an artform in the region.

The Townsville Banner Dress will be on display once again, along with other wearable art pieces, prior to the showcased WAT event in 2017. 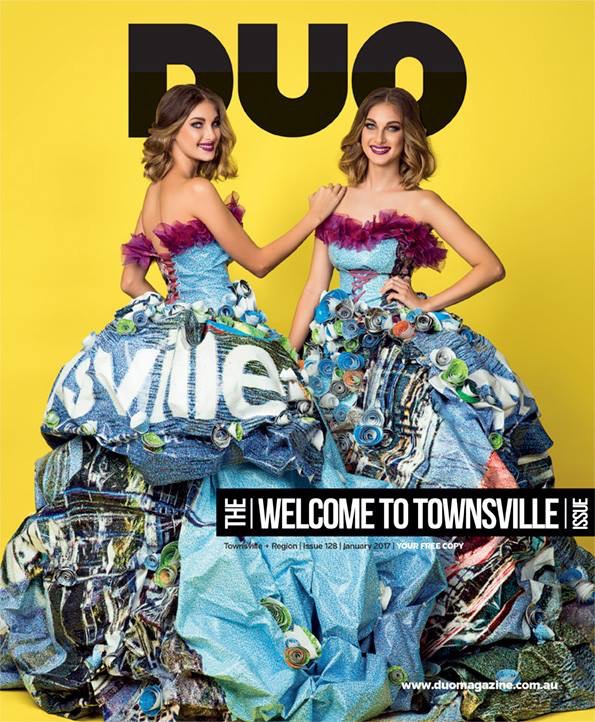 GET SOCIAL WITH US!